The 7 Key Types & Functions of Warehousing

For many companies across the globe, the functions of warehousing have become critical when it comes to logistics and the whole supply chain.

Warehousing is often defined as the storing, handling, managing, processing, and distribution of goods in a facility or a warehouse.

Warehousing plays a key role in logistics which involves the management of goods from point of origin to the consumer; and the supply chain, defined as the whole network or the interactions between a company and suppliers to produce and distribute a specific product.

We often think of a warehouse as a facility for the storage of goods, but today, warehouses perform many different functions.

A warehouse is often defined based on its function. Different types of warehouses might also have overlapping functions. For instance, a public warehousing facility might also serve as a storage warehousing location. Some warehouses can have a wide range of functions, while others are designed for a specific task.

In this article, we take a look at 7 key functions and types of warehousing.

Types of and functions of warehousing

In public warehousing, the warehouses can be owned by the government or non-government agencies. These facilities are often rented out and used for storing goods.

In some cases, small storage units (which can also be considered public warehouses) are rented out by individuals to store their personal belongings.

In private warehousing, warehouses are often owned by large retail businesses, wholesalers, manufacturing firms, and large distributors. Logistics companies and online sellers, particularly the big ones, often have their privately-owned warehouses used for the storage of inventory.

Private warehousing is also seen as a long-term investment for large companies, and in most cases, the investment pays off in the long run. Maintaining private warehouses also allow companies to have a physical presence in an important market or region.

The climate-controlled warehouse serves a very specific function. It can be used to store goods and products that require a specific temperature range. These goods and products are most often perishables such as fresh fruits, flowers, vegetables, and meats, among many others.

In many countries, government warehouses are also used to store seized smuggled goods, or goods that have been misdeclared.

Government warehousing thus plays a major role in inter-country trade or inter-regional (or cross-border) commerce, making sure of the smooth flow of goods.

Another type of warehousing is distribution warehousing or warehouses that are often used for the distribution of goods and products. These facilities often use huge floor space, and are designed to accommodate huge quantities of goods that are considered “fast-moving.”

One key advantage of this type of warehousing is that it is inexpensive, particularly for small companies or startups.

In essence, consolidated and cooperative warehouses make it easier for small companies or small groups to participate in the supply chain.

Warehousing is important for a business to run smoothly and serves a key role in logistics and the supply chain.

Aside from the type of warehousing and key functions that we listed, it is worth noting that today’s warehouses are getting “smarter.”

Smart warehouses often offer automation from the sorting, branding, packaging, etc. of goods to the actual delivery to the customer. The latest in computer technology, such as artificial intelligence, is also used in the warehousing process.

Grow your business through LOCAD’s simplified and automated fulfillment solution

Joel is a writer, editor, and content producer. He currently works for a daily newspaper as a desk editor and enjoys taking photos during his free time.

Why an E-Commerce Fulfillment Partner is Important for a Business

Reading Time: 6 minutes Whether you’re a big or small business, an e-commerce fulfillment partner will help you scale and succeed. Learn more about it here.

E-Commerce Philippines: 5 Reasons for Businesses to Get into E-commerce

Reading Time: 6 minutes Being a consumer-driven economy, Philippine e-commerce remains one of the most promising markets globally. Learn more about it here.

Reading Time: 4 minutes Order fulfillment covers the supply chain process — from getting products from manufacturing all the way into the hands of the happy customer. Learn more about it here

How to Prepare for the Great Singapore Sale (GSS): Experience Singapore 2022

The Popularity Of Livestreaming Features On E-Commerce Sites

Business Glow Up: How DMD Skin Sciences scaled their orders by 200% with LOCAD 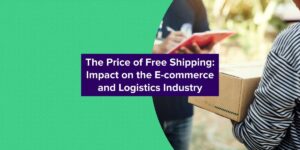 The Price of Free Shipping: Impact on the E-commerce and Logistics Industry 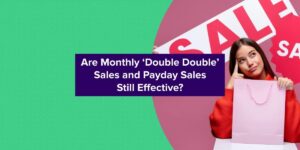 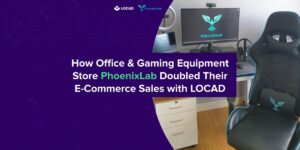 Leveling Up in Business: How PhoenixLab Doubled Their E-Commerce Sales with LOCAD 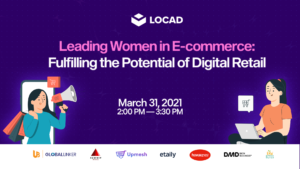 Experience our fulfillment solution and grow your e-commerce businesses.